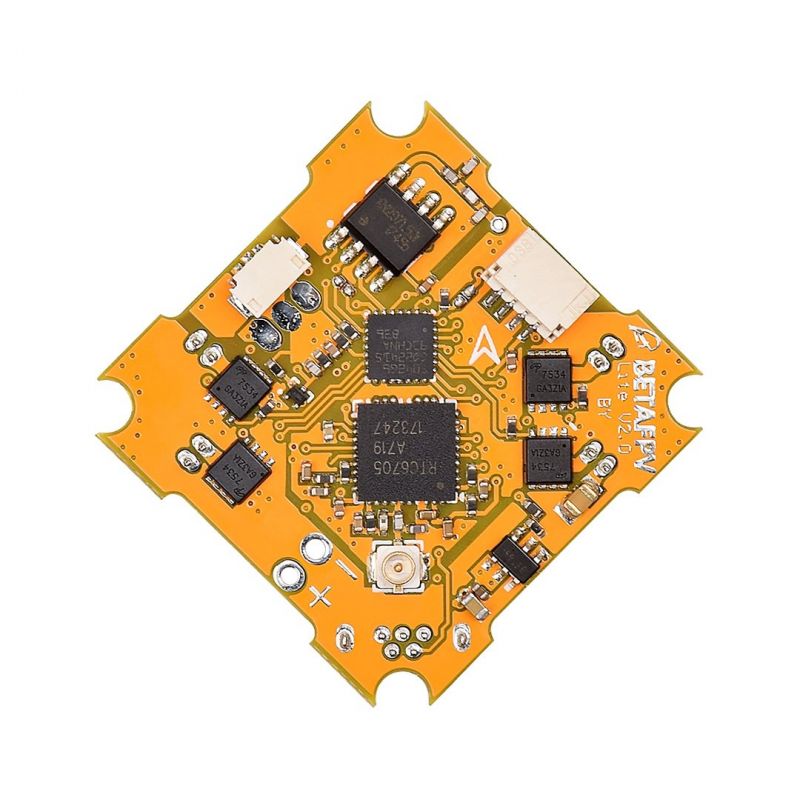 Since we released the world's first whoop FC with Silverware firmware in 2017, this board become so popular among FPV pilots. Now we have upgraded to the V2 version with a ton of improvement. Also the antenna is soldered in default. Do you want to use your hobby radio transmitter (like Frsky QX7 / X9D etc) to control this drone in Bayang protocol? Want a long range control above 300m? High recommend this newest Bayang Lite RF module. Know more about this LiteModule here. Silverware is a firmware for some micro quadcopters, which support level mode and acro mode. So you could use this on whoop FPV racing. Also it has the ability to change settings for custom builds, or to adapt to personal preferences.

-Use Mode 2 (American Mode) as example-
Note: The left throttle stick should be at the middle position and then pull left.
Note: AETR is the default channel mapping of Lite FC. If you can not enter the OSD menu, it might cause by unmatched channel mapping.

If you use a toy transmitter like LiteRadio 1, and also active the TOY_TX option in the OSD menu. You could enter the OSD menu when the throttle stick in the lowest positon.

If not sure whether your radio transmitter could support this FC board, please email us ( info@betafpv.com) for help.

For example, if you have a Frsky Tanaris QX7 / X9D radio transmitter and want to try this FC board, just plug in a BETAFPV LiteModule RF and done.

Some pilots would complaint that it is definitely not a long range FC. It looses signal with my transmitter far too often and for what appears to be no reason. This issue is often caused by the location of the antenna. You should keep the antenna away from the FC board to get a stronger signal. For example, run the singal upwards. Thanks for Harley Finberg's advice.

The description below are all for the Lite Brushed V1 (black color) board. By default in the V1 board, Silverware use stick sequences, which also called gestures, to change modes, tune PIDs, calibrate accelerometer or save settings.

For example, with Frsky QX7 radio transmitter, change the FC's mode between level and acro. Just move the right stick as show below. For all the gestures in Silverware, please Go to Basic User Manual in support freshdesk.

This V1 board has 2 LEDs to indicate the status, including red LED ( at the front) and blue LED ( at the rear) .