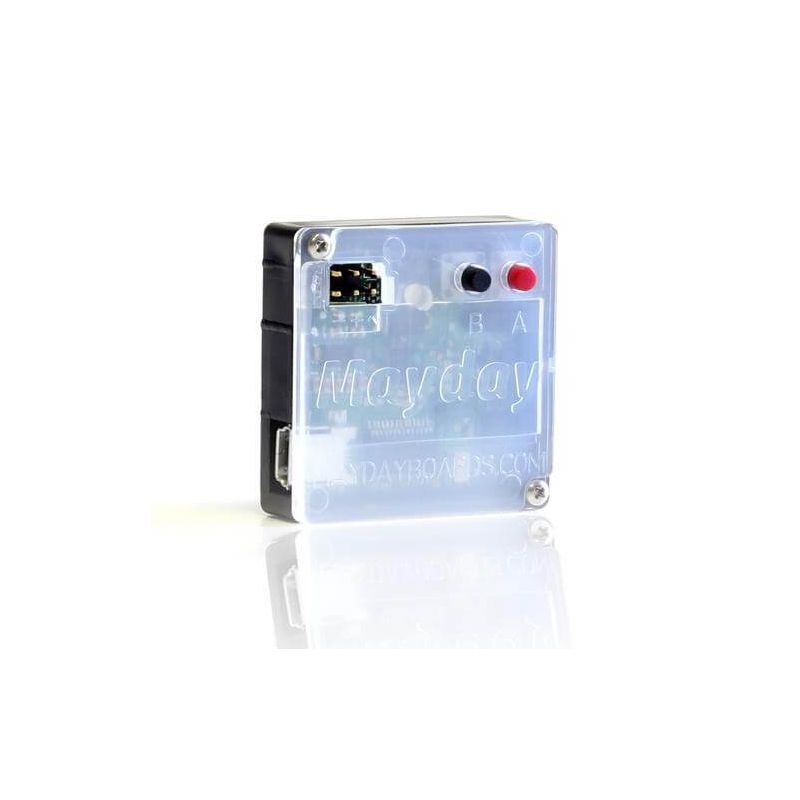 Looking to add an all new level of sophistication, safety & autonomy to your MARS parachute system? The Northern UAV "Mayday" system brings a massive level of safety & security with auto deployment technology that is ready & waiting to save the day.

This system is the pinnacle of UAV safety, and the team at MARS has worked closely with Northern UAV to pair these systems in perfect harmony. By utilizing a host of sensor based technologies, the "Mayday" monitors your aircraft real time, and when an in flight anomaly occurs, the "Mayday" reacts instantaneously, saving precious seconds with rapid parachute deployment.

This system not only adds an entirely new level of safety & sanity, but will expand the flight envelope of your aircraft, allowing the "Mayday" to rapidly respond to an aircraft failure. This fully autonomous instantaneous response will protect your aircraft at lower altitudes, whereas manual deployment methods require greater time to deploy, resulting in loss of effective altitude that can compromise proper parachute deployment.

If you are choosing a MARS parachute system, do yourself a service that will pay dividends by picking up the "Mayday" system - simplified setup & ease with autonomy that is ready & waiting to save the day.


Tech Specs:
Plastic Case: Made in the U.S. the shell is a special lightweight polymer perfect for flight applications. The acrylic top plate is also made in the U.S. and will be laser cut at the San Francisco Techshop. The acrylic top plate is made from a special UV blocking blend called OP3 Acrylite which is stronger and more scratch resistant than glass!

Power:
Li-Po battery range: 1S, 2S, 3S, 4S (We are working on getting it up to 5S.)
Voltage range: 3v – 17v (We are working to get it up to 21v.)
You can easily use it with any RX channel capable of driving a servo. Our devices are made to guarantee functionality at these specs. By using the max or min voltage you will not be compromising the longevity or effectiveness of Mayday.
Sensors: The Mayday uses more sensors than the average smartphone. Onboard it has a high-resolution Altimeter to detect relative altitude, a 3-axis Gyroscope for rotation speed, 3-axis Accelerometer to detect angle and gravity, and a 3-axis Magnetometer to for angle and heading relative to magnetic north. No more buying separate IMUs that might not even work with your board.